skip to main | skip to sidebar

so new york city was just as amaizng as it always is! love that city. we hada little scheduling mishap and i ended up arriving in new york a day before mum and dad and had no where to stay....so big sister to the rescue booked me a hotel and i arrive in times square sheraton at 1am on a saturday evening! dropped my bags and went to explore...because its the only city you can shop at 1:30 in the morning so im gonna make the most of that!!

the next day i spend shopping like crazy then met mum and dad down in chelsea where we would be staying the rest of the week and had a generally relaxed evening just catching up with them a bit which was nice. 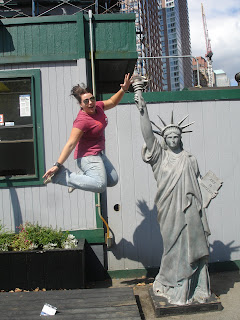 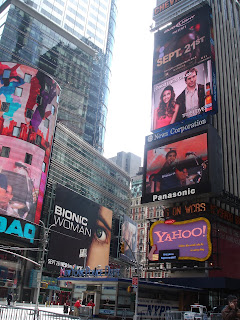 monday morning we slept in which was amazing!!! an dthen headed downtown to ground zero. its still crazy there! we then headed west to the hudson river and walked along till we reached the south of manhatten island to catch a ferry to staten island. this is the free way to see the statue of liberty pretty close!!!! we then headed up to the east villiage and down past NYU through SOHO, up to the best chocolate place around an dthen headed bakc again to SOHO to have dinenr at 8 mile creek, the aussie bar and resturant!! i had some amaizng australian lamb and pavlova for dessert!!! great all round!

day 3 found us heading to the NBC studio for a tour, i liked it but i think lots of the stuff about some of teh specific shows was lost on mum and dad!! i got to do the weather for our little tour broadcast- so much harder than i expected- especially when you have no idea where thinsg are in the country to point to them!!! we then toured up through times square and down to 34th street to the wonderful macy's. this is where dad left mum and i to shop and he went off exploring on his own. i found so much sweet stuff including my very much loved new steve madden shoes.hehehe.....dinner that night had been booked for us by the lovely julie at an amazing resturant attatched to the french cullinary institue and can i just say- if you are ever in new york- GO THERE!!!! its called l'ecole and it cost $40 for a 5 course meal with some of the best food i have EVER tasted. everything was perfect even the service!!! 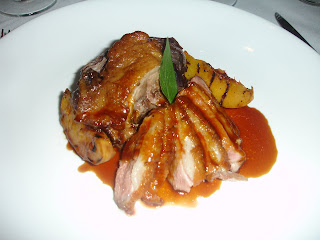 then came my final full day in the city and we headed up to central park to explore seeing as we've never managed to get a really good look around in there. we walked up through the amll which is probably one of the most common shots of central park used in the movies, and up to the big fountain which is probably teh otehr most commonly used shot in movies!!!! by the fountain were this awesome jazz blues band called the blue vipers of brooklyn . they were amazing and just playing for passers by, they were so good i even bought they're cd and its now the favourite kitchen cd back at ranch. after central park i split from mum and da dto finish the shopping i needed to get done, and met them down in greenwich villiage to get cupcakes from magnolia to bring back to ranch, then headed back to the apartment, after a nice rush and a quick dinner up in the theatre district we went to see HAIRSPRAY the musical on broadway!!!! was SOOOOOOOOOOOOOOOOOOOOOOOOOOOOOOOO good! we had amazing 3rd row seats, that we got half price, and it was everything i expected it to be and more. its definatly one of the best musicals ive seen, and having seen teh movie made it all teh more sweeter as i could sing along!!! loved it! and yes i do indeed love link!! hahah 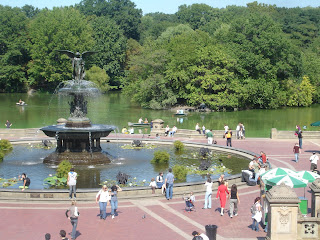 so after packing lots of stuff back into my hockey bag, thursday morning saw mum and dad wlak me down to9th ave to get a taxi off to the airport, and aftre a bunch of tears from mum and then a few from me in teh taxi, i was on my way back to ranch. all in all it was a great trip and i loved gettin to see mum and dad again and get to enjoy new york with them!!
Posted by Lynda at 4:01 PM

You've made me want to go back to the States again and wander around . . . are my parents paying you to write posts that make America sound cool, so I'll come and visit them?

Glad to hear you're still having fun!

Lyn, you jump so high. You'll have to teach me how to jump that high.

Lynda
on the move,, United Kingdom